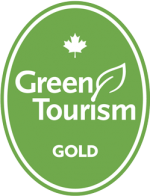 I can’t help but mention that almost all government and industry representatives begin presentations with this type of statement (which is a very small step in the right direction), but I find the statement hollow and disingenuous when not followed with actionable reconciliation.

Gwayasdums is home to the Kwikwasut’inuxw Hawa’mis First Nation, and is the closest village and First Nation to Paddlers Inn, and the village that we work the most closely with.

When there was a one room school in Echo Bay, Paddlers Inn invited the class on several occasions to learn the basics of kayaking and to spend the night here. In more recent years we have hosted Gilford’s Youth Paddle Program, as well as been actively involved in supporting First Nations “Cleansing our Waters” campaign, including delivering financial, food, & equipment support during the occupation of both the Wicklow Point and Midsummer Island fish farms. 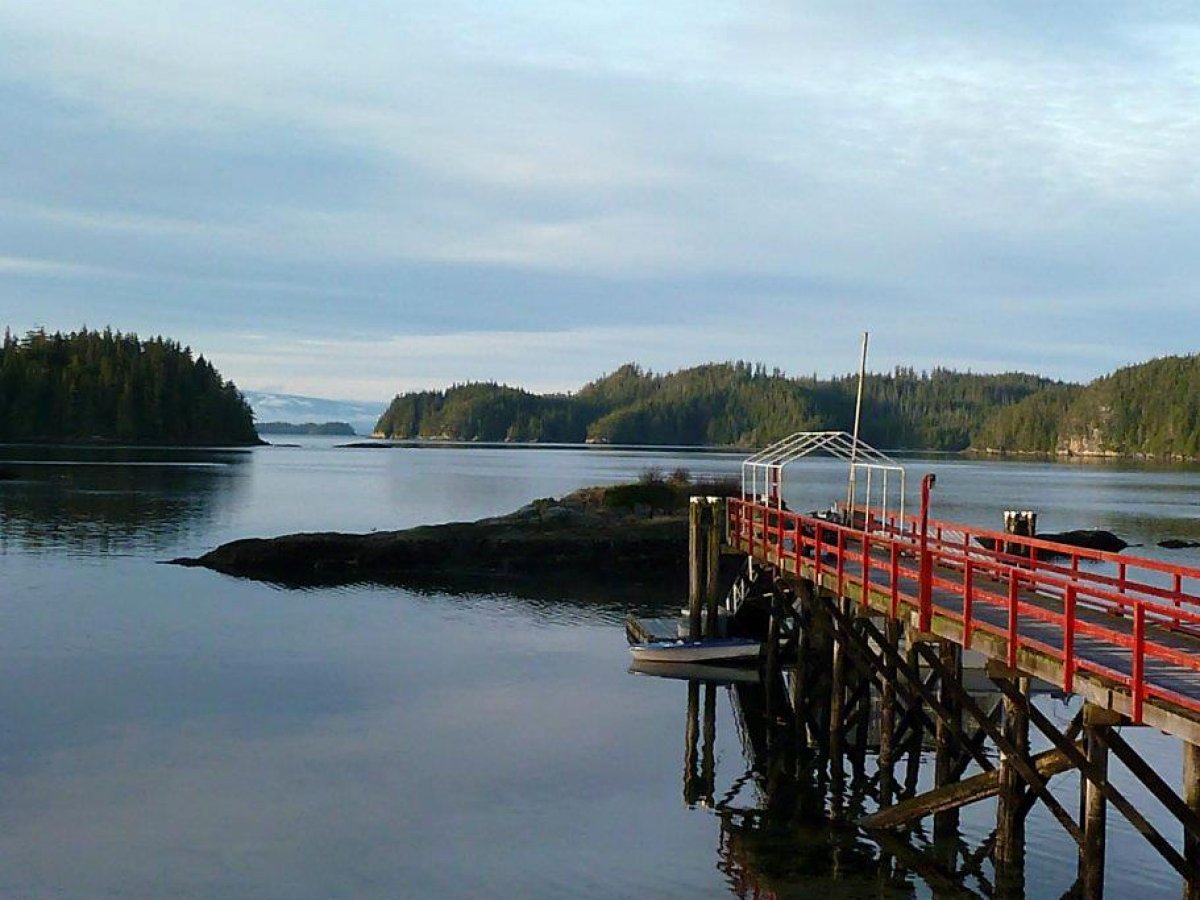 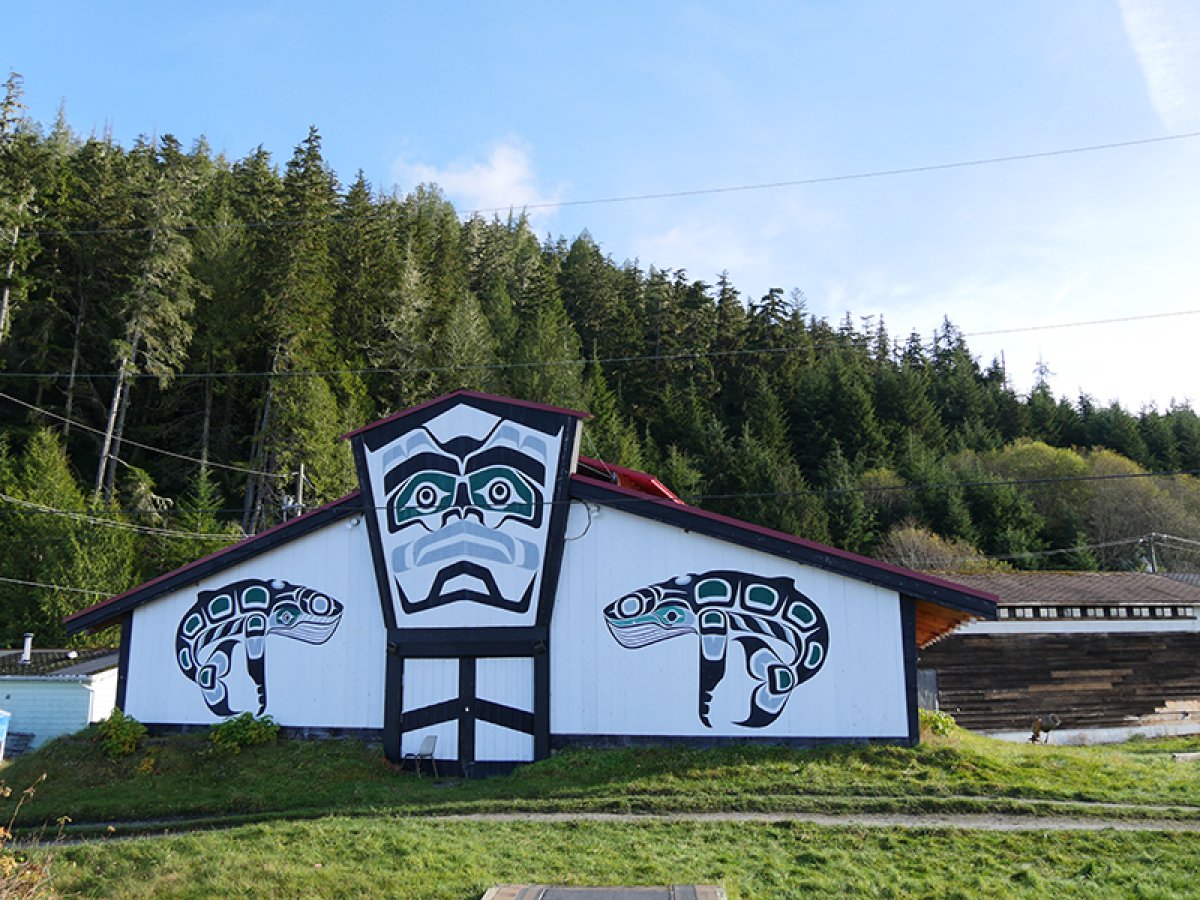 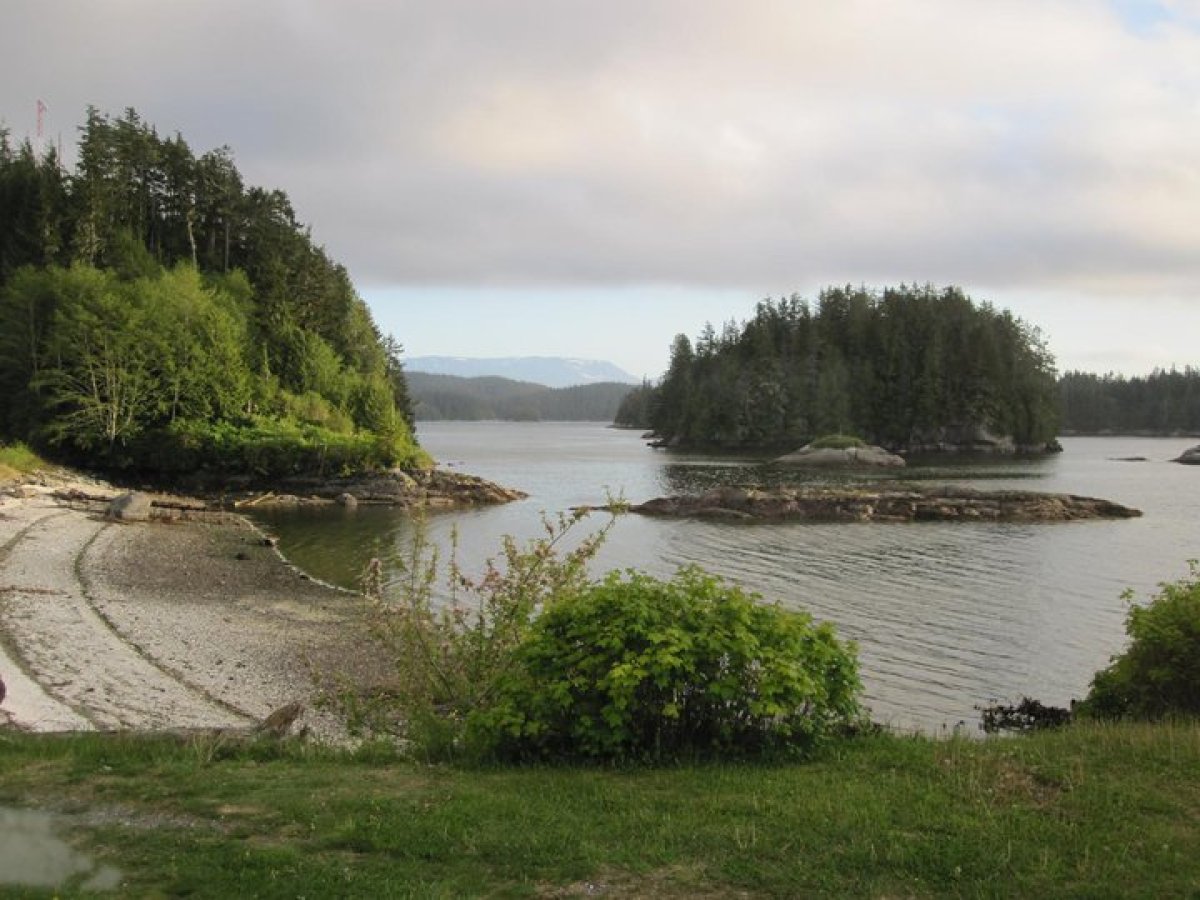 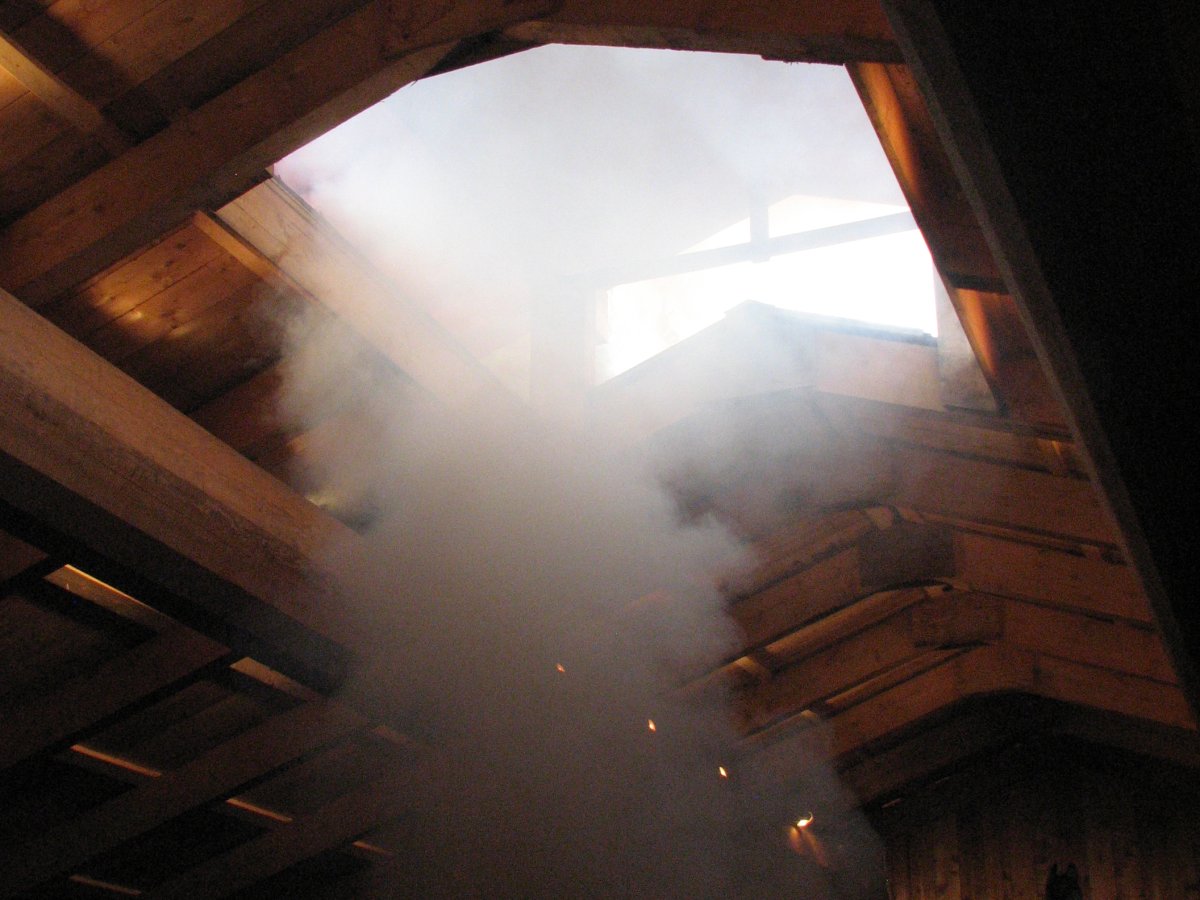 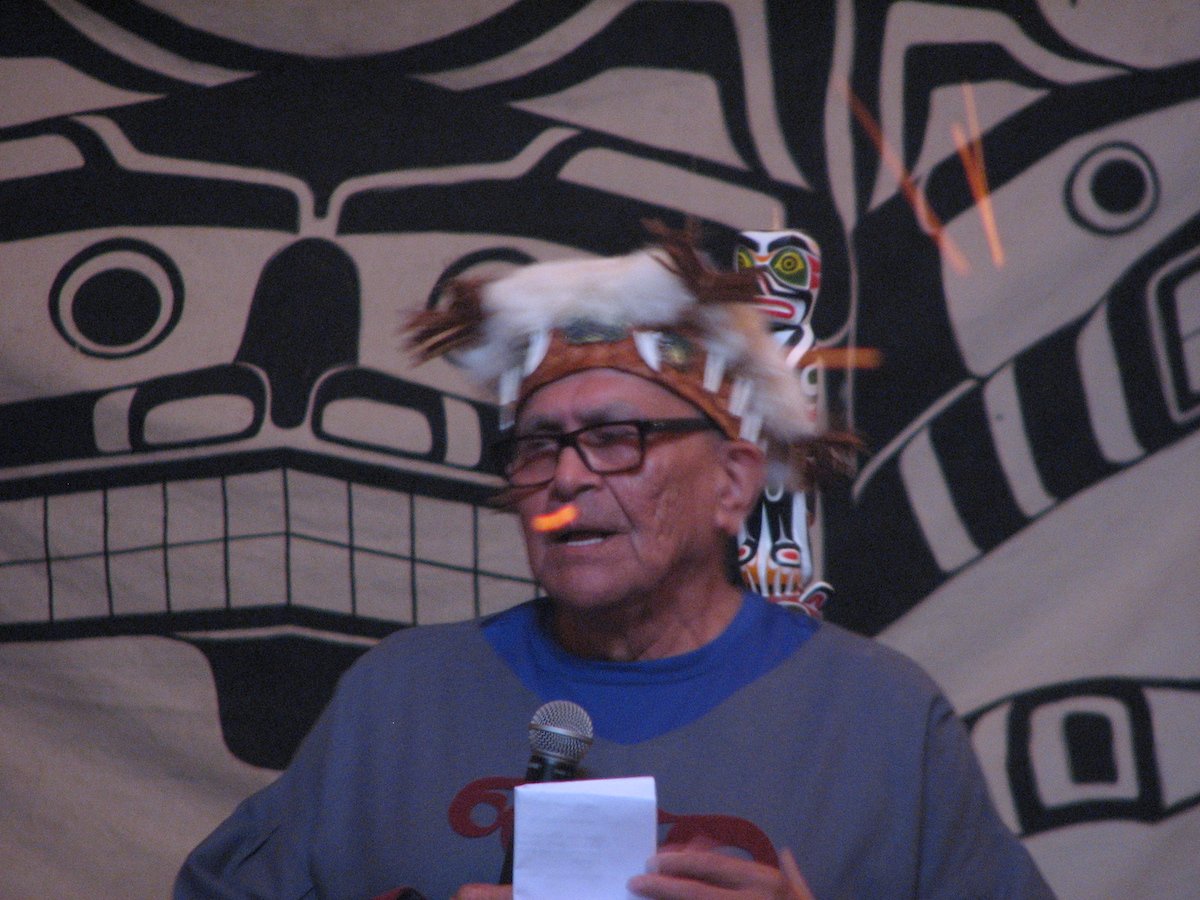 It has been very rewarding to host and offer in-kind support to the Youth Paddle Program (managed by the Akala Outdoor Education Society), as well as SeaWolf Adventure Tours for the past several years, and we look forward to an ever increasing relationship and involvement with these cultural enrichment initiatives.

First Nations in Canada are regaining control over their traditional lands and resources. In the 1850’s the Douglas Treaties were enacted across much of Canada, but by the time the settlers arrived in BC they were out of funds, and so the treaty process only took place in BC in a couple of small areas around Victoria and Saanich on southern Vancouver Island. The remainder of BC is unceeded First Nations land, as “Title” was never relinquished. The Indian Act protects First Nations Title to their lands, as well as the right to fish and hunt, and to being tax free within their territory.

The passing of the United Nations Declaration of Rights for Indigenous Peoples (UNDRIP) in BC is a “game changer” as it states that the government will not contest First Nations rights. This is in direct conflict with BC’s existing statutory mandates, and will take some time to reconcile. There has never been a case where First Nations have made claim to “fee-simple” lands, but tenures are subject to governance changes.

The Kwikwasut’inuxw Hawa’mis First Nation has recently purchased Echo Bay Resort 1 KM from Paddlers Inn, and the Musgamagw Dzawada’enuxw have initiated the Nawalakw Cultural Project in Bond Sound. Both of these initiatives aim to strengthen First Nations culture and economic independence in the area.

The following link provides information on the changes that are likely to happen as UNDRIP and reconciliation are implemented across our Canadian landscape and culture.   https://www.campbellrivermirror.com/news/british-columbians-in-for-a-big-adjustment-with-the-settlement-of-aboriginal-title-aboriginal-rights-lawyer-says

Paddlers Inn is my life work and spirit-dream materialization, and I am very fortunate to have called this area home for over four decades, and local First Nations friends and neighbors.

I am very encouraged to be witness to the endurance and resurgence of First Nations culture and governance in this area, and across this great land.